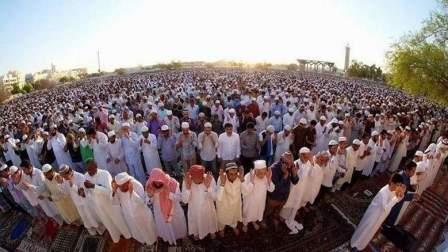 In order to ensure a safe Ramadan for community members, the Ajman Civil Def-ence is currently carrying out an awareness drive to educate families, restaurant workers and atte-ndees of Iftar tents about safety measures to prevent fires.

Col Dr Saeed Salim Al Maz-loum, acting director of prevention and safety department, said that the awareness campaign tit-led 'Safe Ramadan' is being exe-cuted with the aim of safety awareness levels among all segments of the society.

He added that the campaign is part of the main awareness plans of the civil defence directorate at the Ministry of Interior. The campaign will continue until the end of Ramadan.

He added that the department has formed a team of experts who visited a number of Iftar tents to educate the attendees in different languages.

They also visited a number of Ramadan Majlis in different parts of the emirate to educate families about how to deal with fires using fire extinguishers and the importance of installing smoke detectors.

Col Al Mazloum added that the 'Safe Ramadan' campaign is aimed at raising the level of preventive culture towards accidents that occur inside homes and in vehicles.

There were many awareness drives organised recently to educate restaurant owners and workers about ways of ensuring the safety of their establishments.

Restaurant owners were also offered training about ways to deal with emergencies and fire incidents. They were also trained on how to immediately respond in evacuating the premises and how to use the fire extinguishers.

"The main aim behind launching this campaign is to emphasise the importance of abiding by safety and security rules and to avoid human and financial losses incurred in fire accidents," Col Al Mazloum said.