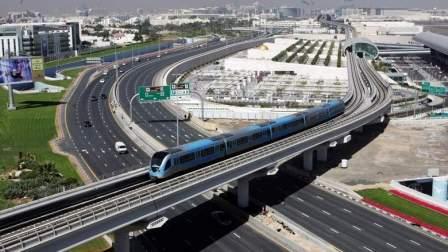 Riding Dubai's public transport is about to get a whole lot more rewarding, thanks to the Dubai Fitness Challenge and the upcoming Public Transport Day.

It's not just the environment that will be benefitting from your decision to put one less car on the road; your bank account and overall health is in for a pleasant surprise, too. Cash prizes of over Dh50,000 are up for grabs!

To mark the Public Transport Day, which falls on November 1, the Roads and Transport Authority (RTA) in Dubai has invited all community segments to use various mass transit modes including the Metro, tram, public buses and marine transport.

But this time around, following the launch of the popular Dubai Fitness Challenge, it is asking you to make exercise part and parcel of that journey.

"This year's Public Transport Day festivity includes three categories: Riding public transport using Nol card from October 23 to November 1. The two most frequent public transport users who collect the maximum number of points would be named as winners, and each would receive a cash prize of Dh50,000," Moaza Al Marri, director of the RTA's marketing and corporate communication, said.

The second category is the public transport race, which starts on November 1. Participation will be open to all and participants will be divided into teams moving through some Metro, tram, public bus, and marine transport stations.

Participants will be required to perform some exercises upon arrival at each station. The winner will be the team that collects the largest number of seals stamped on the participation application at each station and succeeds in reaching the final station.

"The third category is the Golden Runner competition which is run via social media from October 23 to November 1. Participants have to follow the social networking sites to locate the Golden Runner who daily visits three RTA stations. Winners will receive wearable e-prizes (fitbits) as well as Apple watches and iPhone 8," added Al Marri.

She urged the public to use mass transit modes and participate in various activities launched by the RTA this year, including sports events to win the prizes up for grabs in cash and in-kind.

"The RTA always seeks to bring happiness to the public, particularly mass transit users and encourage them to pursue physical activities and exercises during their daily commute in the vibrant emirate of Dubai, which strives to be the smartest city worldwide," she noted.