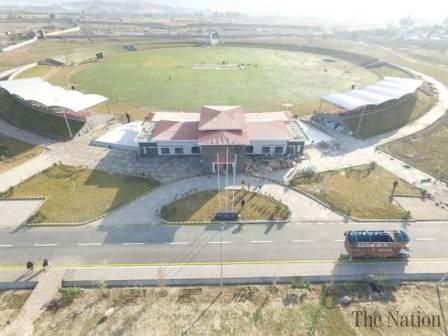 To showcase peace and stability in North Waziristan, this is first match of series between both teams being arranged by Pakistan Army, Pakistan Cricket Board (PCB) and PSL franchise Peshawar Zalmi.

The UK team is part of an 18-member group of journalists, lawyers, businessmen and academics aged between 21-62, which is touring Pakistan with the aim to improve the country's image as a sporting nation.

Of the 18 members of the squad, 14 are players, one is an umpire while the rest, including two women, are the organisers.

Furthermore, While talking to media, Chief Selector Inzamam-ul-Haq stated that this is a great message for the world. "This shows that Pakistan is stable and peaceful and whole world need to know this," he said.