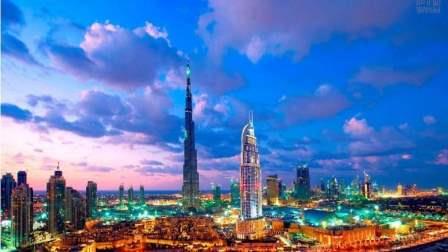 The UAE's non-oil private sector showed a strong end to the year, with business conditions improving at the sharpest pace in 34 months. Steep expansions in output, new orders alongside solid export demand growth underpinned the most recent upturn.

In terms of inflation, input cost pressures softened during December, whilst selling prices fell for the fourth month running, according to the Emirates NBD UAE PMI, sponsored by Emirates NBD and produced by IHS Markit.

Commenting on the survey, Khatija Haque, Head of Mena Research at Emirates NBD, said: "The UAE's non-oil sector expanded sharply in the last two months of the year, largely due to a strong rise in output and new orders. It is likely that the introduction of VAT in January has spurred activity and purchasing in Q4 2017, which is in line with our expectations. Nevertheless, employment and wage growth has been relatively muted, not just in December but for 2017 as a whole."

The headline seasonally adjusted Emirates NBD UAE Purchasing Managers' Index rose from 57.0 to 57.7 in December, thereby signalling a sharp improvement in business conditions in the non-oil private sector. The pace of expansion was the fastest since February 2015.

Non-oil private sector firms in the UAE reported sharp growth in output during the latest survey period. The pace of expansion remained strong in the context of historical data, despite easing since from the 33-month high registered in November.

New order growth accelerated to a 35-month high December. The rate of expansion was sharp overall and comfortably above the historical series average. Panel members frequently commented on a strong level of underlying demand, whilst others reported an increasing inflow of new business from government sources.

After contracting in November, new export orders returned to expansion during the latest survey period.

Moreover, the rate of growth was solid overall and the strongest recorded in nine months. According to anecdotal evidence, demand from neighbouring GCC countries picked up in December.

In response to rising output requirements, firms continued to hire additional staff in the non-oil private sector. The latest data thereby extended the current sequence of job creation to 20 months. That said, the rate of hiring remained subdued in the context of historical data.

On the price front, input prices continued to increase during December, in line with the trend seen since June. That said, the rate of inflation eased to a three-month low.

Contrary to the trend seen for input prices, output charges fell in December. Companies reduced selling prices to stimulate client demand, according to panel member reports. That said, the rate of price discounting was only modest overall.