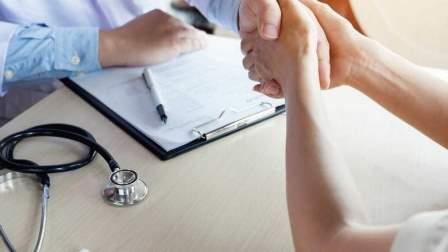 The UAE's Ministry of Health and Prevention has issued a circular that private medical facilities can no longer issue handwritten prescriptions and instead must give electronic or printed versions.

The deadline for implementing the change is six months from the circular's date of issuance.

"Illegible handwriting on prescriptions can lead to dispensing incorrect medication or incorrect doses being recommended, potentially resulting in serious complications.

Dr Amin Hussein Al Amiri, Assistant Undersecretary for the Ministry's Public Health Policy and Licensing, said that handwritten prescriptions issued by government or private medical facilities will not be accepted after the indicated deadline.

The laws indicate that the medicine's name, dosage, route of administration, the name of the patient and the doctor, the physician's signature, and the date of the prescription must be legible on the prescription.

A US study conducted by the Medical Institute in Washington concluded that illegible prescriptions lead to about 7,000 deaths worldwide, with 20 per cent suffering from side effects.

Although the number of such cases in the UAE is small, the Ministry has acted to curb these preventable mistakes in line with its strategy to enhance community health through delivery of world-class comprehensive, innovative, and fair healthcare services.

The Ministry adopted an electronic system for monitoring the movement of controlled and semi-controlled drugs four year ago. Al Amiri said adopting such an advanced system for controlled and semi-controlled drugs has resulted in accurate statistics useful for the country's strategic pharmaceutical planning, as well as led to the protection of young people by limiting their access to these types of drugs with the support of the Dubai Police General Department.

He added that the electronic prescription system eliminates the inconvenience of paper prescriptions, which threatens public safety, and inappropriate use of such prescriptions.

He revealed that the statistics of the electronic prescription system of the controlled and semi-controlled drug, which was Adopted by the Empowerment and Health Compliance Department, show that the system has become widely used in the country.