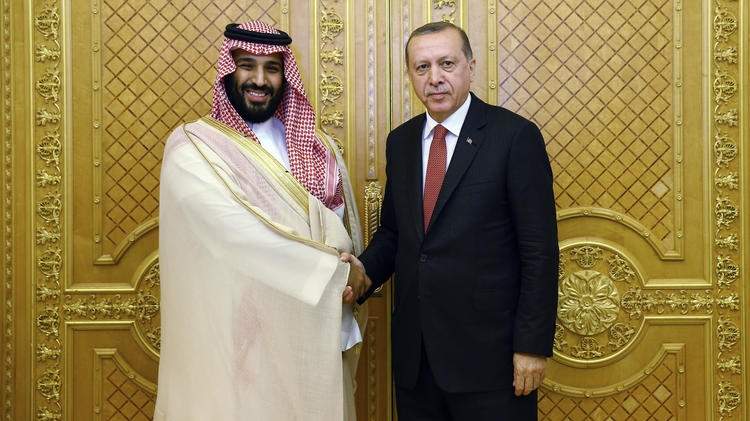 Turkey's president waded into the diplomatic crisis gripping Qatar and four other Arab nations on Sunday, traveling to Saudi Arabia at the start of a three-country Gulf tour aimed at helping break the impasse.

Recep Tayyip Erdogan, whose country has deployed troops to Qatar, is the fifth high-level visitor from outside the Gulf to try to resolve the dispute since it erupted on June 5.

The top diplomats of Britain, France, Germany and the United States have all been through already, underscoring the depth of concern the crisis is causing well beyond the region.

Saudi Arabia, the United Arab Emirates, Egypt and Bahrain cut ties and transport links with Qatar in early June, accusing it of supporting extremists. Qatar strongly denies the allegation and sees the dispute as politically motivated.

The quartet insisted Qatar accept a tough 13-point list of demands to end the rift, including shutting down news outlets including Al-Jazeera, cutting ties with groups such as the Muslim Brotherhood, limiting ties with Iran and expelling Turkish troops stationed in the country. Qatar refused, arguing that the demands were an effort to undermine its sovereignty.

Fellow Gulf country Kuwait has attempted to mediate the dispute, so far without success. Erdogan will meet with Kuwait's ruler after his Saudi visit.

Qatari Emir Tamim bin Hamad Al Thani said in his first public comments on the dispute late Friday that Qatar is prepared to engage in dialogue, but that any resolution to the crisis must respect its sovereignty and that any terms cannot be dictated from outside. He also reiterated his country's commitment to fighting terrorism.

UAE Minister of State for Foreign Relations Anwar al-Gargash responded to the emir's speech on Twitter saying that while dialogue is necessary, Qatar must review its policies because repeating its previous positions only "deepens the crisis."

Britain's top diplomat welcomed the Qatari leader's comments, however, and said his country will continue to work toward finding a solution.

"We hope that in turn Saudi Arabia, UAE, Egypt and Bahrain respond by taking steps towards lifting the embargo. This will allow substantive discussions on remaining differences to begin," British Foreign Secretary Boris Johnson said in a statement Sunday.