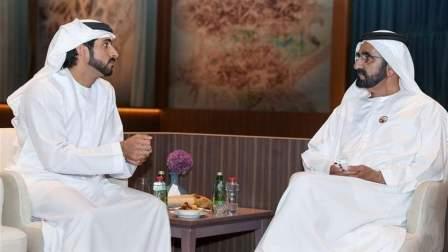 His Highness Sheikh Mohammed bin Rashid Al Maktoum, Vice President and Prime Minister of the UAE and Dubai Ruler, highlighted the role of the media in helping the region face the challenges it is currently encountering, especially by providing objective coverage of the rapidly changing socio-political and economic landscape in the region.

His Highness called on media to support Arab society in weathering the challenges of this difficult period in the region's history, and help Arab nations in achieving progress and development. He also urged media outlets to promote tolerance in order to spread peace, and help revive Arab civilization that once was a beacon of progress and learning for the world.

Sheikh Mohammed made these remarks during an Iftar banquet organised by the Government of Dubai Media Office for media industry leaders and chief editors of local newspapers and heads of Arab and international media outlets based in the UAE.

"The ability to use the 'word' is an honour and responsibility that needs to be protected by maintaining the highest levels of integrity and objectivity. The media is a partner in the development process, and this partnership involves great responsibility especially in terms of using the right 'words' that can help build a bright future for upcoming generations," Sheikh Mohammed said.

Sheikh Mohammed said that media is society's eye that perceives the reality surrounding it; it is the window through which people can gain an understanding of what is happening in today's rapidly changing environment. "The media should cover reality as objectively as possible, with the utmost honesty and integrity."

He also said that the UAE recognised at an early stage of its history that the media plays a critical role in its development and took steps to build a solid platform for media to thrive. The UAE also worked on developing the media sector based on an approach focused on enhancing personal responsibility and freedom, in order to open the door for a wide range of constructive views and ideas. His Highness also said that the UAE has strived to provide media professionals with all the support that they need to do their job in the best way.

This journey of progress has seen the launch of media free zones that consolidated the UAE's status as a hub for Arab and international media.

His Highness also praised the patriotism of the local media, especially in the current period of the UAE's history, where it is poised to assert its leadership in various sectors, thereby reinforcing the journey of progress begun by the late Sheikh Zayed bin Sultan Al Nahyan.

Also attending the Iftar reception were Minister of Cabinet Affairs and The Future HE Mohammed bin Abdullah Al Gergawi; Minister of State and Chairman of the National Media Council HE Dr. Sultan Al Jaber; Director General of the Department of Protocol and Hospitality in Dubai HE Khalifa Saeed Suleiman, and Director General of the Government of Dubai Media Office HE Mona Ghanem Al Marri.

Media professionals attending the Iftar banquet praised the constant support of His Highness Sheikh Mohammed in providing a conducive environment for media to contribute towards building the future.