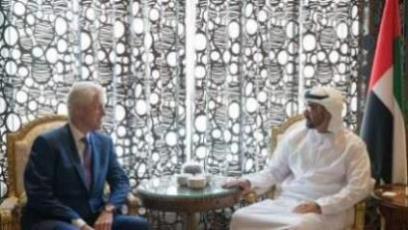 The strong relations between the UAE and US were the focus of their meeting which occasioned an exchange of cordial talk and a review of an array of issues of mutual concern.

Attending the meeting was Yousef Al Otaiba, the UAE Ambassador to the United States of America; and Mohamed Mubarak Al Mazrouei, the Undersecretary of the Crown Prince Court of Abu Dhabi.