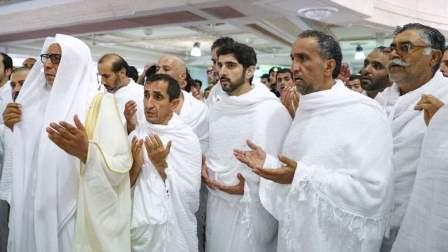 Earlier on Tuesday, Sheikh Hamdan arrived in Makkah, Saudi Arabia, where he prayed to Allah Almighty to protect the UAE and all Arab and Islamic nations.

The 'unknown soldiers' who accompanied Sheikh Hamdan thanked him for the opportunity to perform Umrah along with him.