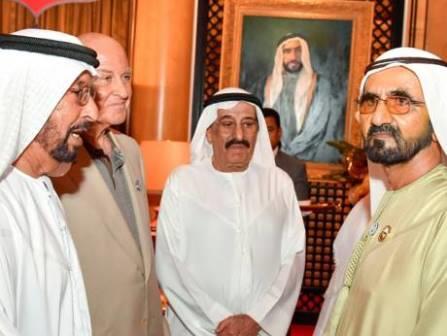 Dubai: His Highness Shaikh Mohammad Bin Rashid Al Maktoum, Vice-President and Prime Minister of the UAE and Ruler of Dubai, received a host of well-wishers for Ramadan at Zabeel Palace on Saturday evening.

Shaikh Mohammad interacted with his guests and exchanged greetings on the occasion of Ramadan. He prayed that the Almighty blesses the UAE and its people with unity, solidarity, and tolerance, especially during this month of generosity.

In Fujairah, His Highness Shaikh Hamad Bin Mohammad Al Sharqi, Supreme Council Member and Ruler of Fujairah, received a gathering of well-wishers who had arrived at his Rumailah Palace to offer greetings.