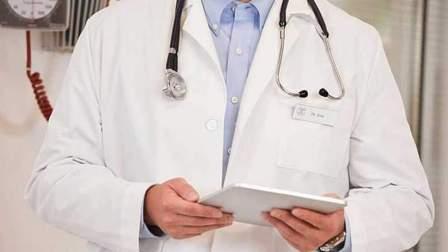 Doctors are investigating whether the incidence of Achalasia, a rare condition which prevents food from passing into the stomach, is higher in the UAE than the global average, following an increase in the number of reported cases.

Cleveland Clinic Abu Dhabi has reported a marked increase in the number of patients with the condition since they started offering a cutting-edge non-invasive procedure, two and a half years ago.

Surgeons from Cleveland Clinic said that they have already treated eleven cases of Achalasia, nine of which have been among UAE nationals, using Peroral Endoscopic Myotomy, POEM, a non-invasive endoscopic procedure that is not being offered anywhere else in the Middle East.

"Achalasia is a rare condition. Far less than one percent of people around the world are affected by it and not everyone is a candidate for POEM so, for the size of the population, the number seems high," said Dr. Matthew Kroh, Chief of the Digestive Disease Institute at Cleveland Clinic Abu Dhabi.

Only a limited number of medical centres across the world are equipped with the expertise and experience to offer POEM as a less-invasive alternative to surgery.

"Now that we've started to do these types of procedures, patients are seeking out the therapy because they didn't realise it existed," Dr. Kroh said. "Part of that is not just patients but also physicians. Knowing that these procedures are now available in the country and that people no longer have to travel abroad is starting to bring more people here, which is providing a more comprehensive picture of the disease."

The POEM procedure uses endoscopes, which are flexible tubes that allow physicians to see and examine surfaces of the esophagus, stomach, intestine and colon without making an incision in the body. This means that there are no incisions in the chest or abdomen, so hospital stays can be minimalised.