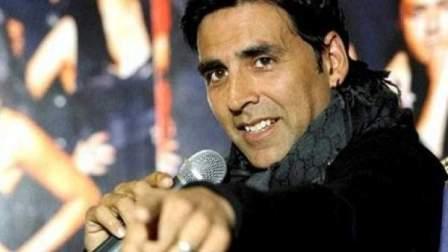 Bollywood superstar Akshay Kumar, who is on a golden run in his film career, turned 50 on Saturday, and treated his fans to a poster of his upcoming film "Gold" on the occasion.

"Every cloud has a silver lining but with your love, my clouds got a lining of gold. As my age turns gold, here's the poster of a film close to my heart," Akshay shared on Twitter along with the poster.

"Gold", backed by Excel Entertainment and directed by Reema Kagti, is about India's first Olympic medal win as a free nation in the year 1948 at the 14th Olympic Games at London. It will release on Independence Day, 2018.

In sync with the theme, the poster features Akshay's side profile caught in a golden circle. It is superimposed on the iconic Olympic rings and "XIV Olympiad London 1948".

The tagline reads: "The Dream That United A Nation", and behind the film's title is a sprawling stadium.

"Gold" marks the first association between Akshay and Excel Entertainment led by Ritesh Sidhwani and Farhan Akhtar. It will also introduce actress Mouni Roy into Bollywood.

Riteish Deshmukh: Akshay Kumar's birthday party - when we realise there is no cake - because the half centurion is on a diet. Happy birthday Akshay Kumar.

Taapsee Pannu: Everytime I feel tired or feel something is impossible I look up to him and charge through a brick wall Happy birthday Akshay kumar.

Dia Mirza: Happy Birthday! Thank you for investing in such wonderful films. You are gold! Akshay Kumar.

Suniel Shetty: A big thumbs up to the way you are steering your journey Akki, adding life to days and not days to life! A very very happy birthday Akshay Kumar.

Milap Zaveri: Happy birthday Akshay Kumar sir! You are an inspiration and your dedication is something we all should learn from! Have a great day and year!

Sophie Choudry: My face when Akshay Kumar says "No party for my 50th. I'm snow-boarding instead!" Happy birthday to the fittest, most inspiring man in the business.

He began his acting career in the 1990s and primarily starred in action films and was known for his appearances in films of the "Khiladi" series. Later, he also gained fame for his drama, romantic, comic roles and socially relevant movies.

In 2015, he was ranked 9th in Forbes' first global list of highest paid actors in the world.