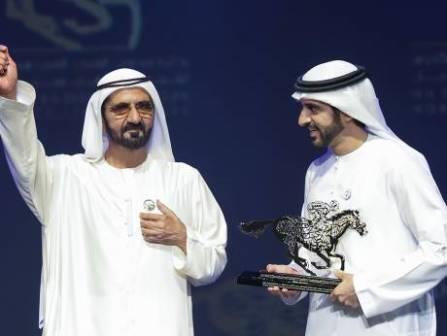 Sheikh Mohammed watched a video that chronicles the racing events hosted by Dubai. Also shown was a film about the winners of the coveted award.

The 'Best Trainer' award went to Aidan O'Brien, while the 'Lifetime Achievement' award was given to the retired trainer Criquette Head-Maarek.

Sheikh Mohammed congratulated the winners and called on the horseracing fraternity to continue pursuing excellence and to promote the culture of breeding and riding horses as a noble sport. He also praised the initiatives and generosity of the national institutions and businesses for supporting the Dubai World Cup, which he described as an important national event that enhances UAE's global position.

The ceremony was attended by a number of senior officials, as well as the guests from more than 12 countries, who are currently in the UAE to attend the Dubai World Cup.