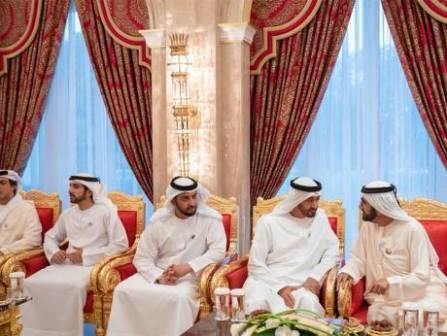 They prayed to Allah Almighty to bless the UAE, under the leadership of President His Highness Shaikh Khalifa Bin Zayed Al Nahyan, with further wellbeing and greater progress and stability as well as with national coherence and happiness.v