Hollywood movies to watch out for in 2018 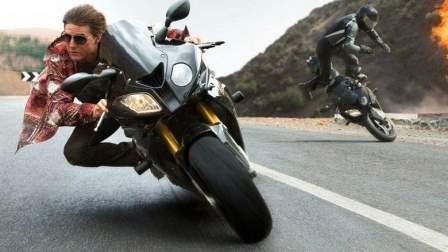 Directed by Steven Spielberg, starring Olivia Cooke, Hannah John-Kamen, Ben Mendelsohn, T.J. Miller, Simon Pegg, Tye Sheridan, Mark Rylance. When the creator of a virtual reality world called the OASIS dies, he releases a video in which he challenges all OASIS users to find his Easter Egg, which will give the finder his fortune. Released by Warner Bros. from March 30, 2018.

Directed by Roar Uthaug, starring Alicia Vikander, Walton Goggins, Hannah John-Kamen. Lara Croft, the fiercely independent daughter of a missing adventurer, must push herself beyond her limits when she finds herself on the island where her father disappeared. Released by Warner Bros. from March 16, 2018.

Directed by Robert Rodriguez, starring Rosa Salazar, Christoph Waltz, Ed Skrein. Produced and written by James Cameron, with Laeta Kalogridis, and based on Yukito Kishiro's manga comic, Alita (Salazar) is a female cyborg 500 years in the future.Released by Twentieth Century Fox from July 20, 2018.