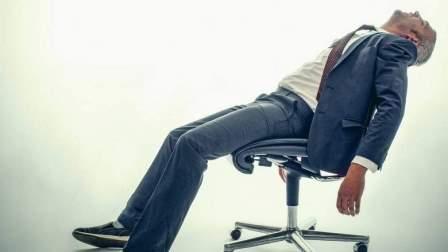 Late to bed and early to rise may actually be killing you slowly, according to a study that says people who stay up late and have to drag themselves out of bed are likelier to die younger than those who rise and set with the sun.

A survey of more than 430,000 people in Britain found that night owls had a 10-per cent higher risk of dying in the 6.5-year study period than "larks". People in the late-night group were more likely to suffer from psychological disorders, diabetes, and stomach and breathing troubles, and slept fewer hours per night. They were also more likely to smoke, drink alcohol and coffee, and use illegal drugs.

According to Dr Vishal Pawar, Specialist Neurologist at Aster Specialty Clinic, International City, "Chronic lack of sleep over the years can lead to diabetes and similar diseases as it lowers the quality of life by causing chemical imbalances, and eventually put you at a higher risk of dying earlier."

He said that rather than shifting work hours as suggested in the study, people should be given general health awareness. "I personally have kept an alarm to remind myself of bed time," said the doctor, adding that distractions such as use of devices, late dinners, and stimulants such as tea or coffee should be avoided before bed time.

"This is a public health issue that can no longer be ignored," said study co-author Malcolm van Schantz of the University of Surrey - and argued that "night types" should be allowed to start and finish work later in the day.

The higher risk may be because "people who are up late have an internal biological clock that doesn't match their external environment," Knutson said.

Dr Saheer Sainalabdeen, Specialist Pulmonologist at International Modern Hospital Dubai said, "One sleep cycle is 90 minutes and during that time brain shifts from one stage (non-REM) to another (REM)."

"This 90 minute cycle is mostly the same throughout the night but the ratio of non-REM to REM sleep changes. Non-REM sleep dominates the early part of the sleep. Studies have revealed that non -REM sleep is deeper and more restorative than REM sleep. The shift from one stage to another occurs at certain time of sleep regardless of the time when you go to bed," he explained, adding, "If you are night owl your sleep will be composed mainly of lighter REM sleep."

Studies have shown that people in the late-night group are more likely to suffer from obesity, psychological issues, addictions, heart-lung and neurological complications. "For doctors like me, we usually prescribe medications, now we have to prescribe sleep too."

Dr Shaju George, Consultant Psychologist at International Modern Hospital opined, "Sleeping at late hours causes lots of issues as it generally dys-regulates the normal sleep rhythm and also it leads to short sleep hours whereas we need six to eight on average adult."

"Common problems found are that they will find it difficult to go to deep sleep and will spend more time on superficial sleep which is wakeful state."

"Since sleep is the most rejuvenating, when there is no good quality sleep, all other diseases that they have will get worse" he said, adding that it can lead to anxiety, stress and can affect the memory as well.

"Immunity levels fall due to increased stress and they can become prone to infections," he added.

He also said that in general, people in the UAE go to bed too late which has an impact and causes sleep and anxiety disorders, he added.

Farooq Ahmed, a Dubai resident of 12 years, said that his sleep got affected when he got hooked to his mobile device. "I use it continuously, almost everything is stored in there, so even while am asleep, it is like am constantly alert," he said.

"I have this habit of grabbing my phone even if I wake up in the middle of the night and that then affects my sleep," said Constance Fernandes, another resident.