Did Hina Khan leak a crucial clause from her contract? 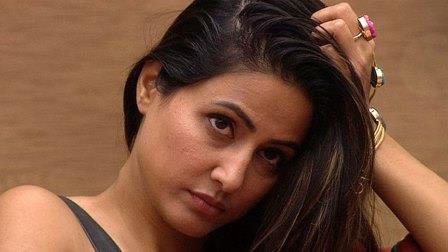 New Delhi: The madhouse of Bigg Boss season 11 is just getter crazier by the day. And guess, it's now taking a toll on contestants as well. Popular TV bahu Hina Khan, who is known for speaking her mind (too much at times) said something really fishy.

In a day before yesterday's episode, Hina, who almost broke down due to constant fights and abuses flying left, right and centre was seen having a heart-to-heart conversation with friends Luv Tyagi and Priyank Sharma.

And it was at that moment, she said that it will be difficult without you guys. Now, hold it! How does she know whether they are going before her? Suddenly, Twitterati trolled Hina for revealing way too much.

According to Dnaindia.com, Hina's contract with Bigg Boss has a clause that she will stay inside the house till the finale. The report quotes an entertainment reporter as confirming the news. He took to Twitter and wrote:

#BiggBoss11: highlight of the day: #HinaKhan tells #PriyankSharma and #LuvTyagi that it will be tough to stay in the #BiggBoss house once they are gone. #Hina you were not to disclose this openly that you had this written in your contract that you will stay on till the finale.

Well, now if you watch the episode again, surely that one line by Hina will make you wonder how come she is so confident of staying through the show till the very end?

However, there is no official word on her contract and we can't really point fingers at the credibility of the actress as a contestant. Until the time there's any solid proof of it, rumours will fly—after all, it's about the baap of all reality shows—Bigg Boss 11.