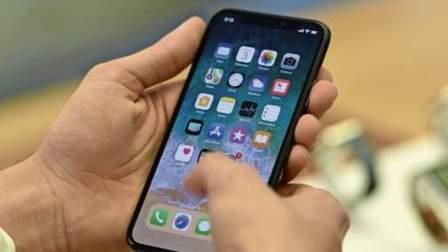 The next iPhone is 'just' about five months away, so let the rumour mill heat up.

And in what could arguably be the most significant tidbit so far, a report says that the company is working on a curved screen and touchless controls. Bloomberg on Wednesday said that these features are apparently in the works, quoting people familiar with the matter.

The touchless gestures would allow a user to perform certain tasks by moving a finger close to the display, but not actually touching it - akin to the Air Gesture controls first seen in the Samsung Galaxy S4 and the one found in the Note series' S Pen stylus.

The purported curved screen, meanwhile, is said to be similar to the first device to have such a feature - 2013's Samsung Galaxy Round, which had a display that curved inwards toward its centre. This feature, though, went mainstream when the South Korean company launched the Galaxy Note Edge in 2014, which had a curved edge on the right. The next year, the Galaxy Edge and Edge+ had curved screens on both sides.

However, don't get too excited about all these: Apple is still in the early stages of research and it may take 2 or 3 years before they actually roll it out - and scrapping it altogether is also a possibility.

It's no secret that Apple isn't the first to offer many innovations. In its latest iPhone X, however, Apple was able to one-up its rivals with the 3D-mapping FaceID and Animoji - though Samsung fired back with its own Intelligent Scan and AR Emoji, respectively, with its recently-launched Galaxy S9.