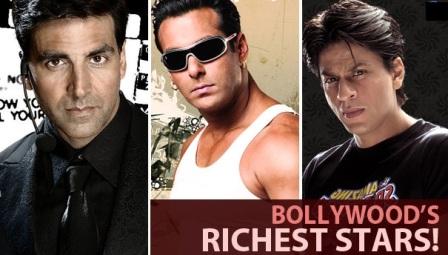 Like every year, the much awaited Forbes' list of highest paid actors in the world is out now, and the good news is that three Bollywood actors - Shah Rukh Khan, Salman Khan and Akshay Kumar - are in the list of top 10 highest paid actors.

According to Forbes, the top 10 actors banked a cumulative $488.5 million--nearly three times the $172.5 million combined total of the 10 top-earning women. While only three actresses made more than $20 million in 12 months, 16 actors broached the mark.

According to the magazine, it has collected the data over a period of 12 months starting from June 1, 2016.

The rapper-turned-actor knocked 2016 leader Dwayne 'The Rock' Johnson into second place, with estimated 2017 earnings of $65 million.