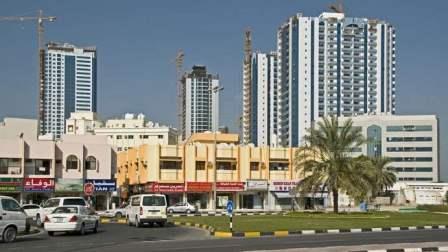 The sense of safety and security has increased by 98 per cent in Ajman as result of 'Ajman Dar Al Aman' (Ajman home of security) project, according to a top official in Ajman Police.

Addressing a Press conference, Major-General Sheikh Sultan bin Abdullah Al Nuaimi, commander-in-chief of Ajman Police, said the police have made a significant step with the Ajman Dar Al Aman project. "Around 700 cameras with high technology and analytical programmes were installed and linked to the police operations room to achieve security for all citizens and residents of the emirate. The Ajman Police have also completed installation of 50 cameras in Manama and 60 cameras in Musfoot, since the beginning of 2018."

Maj-Gen Al Nuaimi said that serious crimes like murder, burglary and theft from facilities in Ajman have decreased by 16 per cent, with 499 crimes in 2017, compared to 599 crimes recorded in 2016.

"The Ajman Police, with its systematic vision based on the strategic plan of the Ministry of Interior (MoI), aim to make the UAE the safest country in the world. The Ajman Police were able to reduce the crime rate and also achieve higher rates of customer satisfaction - 92 per cent.

There has been a marked decline in road fatalities and injuries in Ajman in 2017 compared to 2016, revealed the statistics issued by the Ajman traffic department.

Commenting on the statistics, Maj-Gen Al Nuaimi, said the efforts of the MoI to develop methods to deal with traffic accidents and their fallout have led to improvement in the results of the indicators of traffic statistics for 2017 in Ajman. He added the police are making huge efforts to achieve the goal of the UAE Vision 2021 to bring down traffic accident deaths to three per 100,000 residents.

In 2017, there were 97 road accidents caused due to driver's negligence and lack of attention, followed by sudden swerving that led to 24 mishaps. Tailgating resulted in 21 accidents.

"The violation of entering the road before ensuring its safety caused 12 accidents. Failure to gauge the road-users movement led to 10 accidents and lack of lane discipline caused six accidents. Failing to make way for other motorists caused five accidents and reversing without attention led to four accidents. Driving under the influence of alcohol and drugs resulted in two accidents each."

Maj-Gen Al Nuaimi said the police have launched six new patrols with advanced equipment which will make the way easier for the patrol vehicle to reach accident sites for faster response. "The device will be able to interrupt sound waves and send radio messages to drivers to clear the path. The device has the ability to send messages in 50 languages within 400sqm."