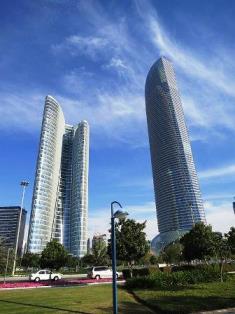 Abu Dhabi: Inspectors in Abu Dhabi have issued 27 fines, reaching a maximum of Dh10,000, to businesses that overcharged customers on the pretext of value-added tax (VAT).

The Department of Economic Development (DED) on Monday said 20 fines between Dh3,000 and Dh10,000 were issued for imposing additional fees or services on the consumer without justification.

The action follows complaints by customers and 720 field visits by inspectors since the rollout of VAT on January 1. The inspections were carried out in Abu Dhabi City, Al Ain and Al Dhafra.

The checks were undertaken to ensure tax regulations are being properly implemented by the ‘points of sale’ and that the shops are not raising the prices excessively, thereby affecting consumers’ rights and their purchasing power.

Ahmad Tarish Al Qubaisi, acting director of the DED’s commercial protection department, said during a field visit he conducted in several points of sale in the city of Abu Dhabi that the inspection visits focused on the major points of sale that witness the greatest consumer turnout.

The inspectors were asked to raise the sellers’ awareness regarding the importance of implementing the tax exactly as the specified by the law, which means that they should only increase the prices by five per cent.

Moreover, he explained that these visits come as part of an integrated plan that the DED has devised in order to enhance its role in supervising the proper implementation of VAT. In addition to the daily field visits, the DED conducted many inspections in the points of sale where the consumers have filed complaints.

Regarding the consumers’ complaints since the implementation of VAT, Al Qubaisi said that the DED received 352 complaints, including 115 complaints from Abu Dhabi, 62 from Al Ain and five from Al Thafra.

The DED also responded to 170 complaints that did not have sufficient information and data, such as the purchase transaction bills, general inquiries and others.