27 Interesting Facts About The Gulf State Of Oman 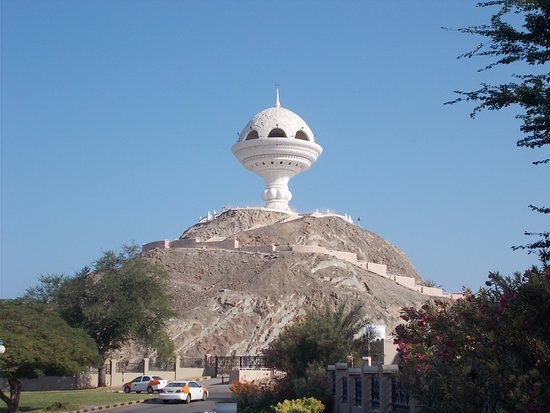 Oman is one of the nations in the Middle East that you probably don’t know much about. That’s because it is a prosperous and stable Middle Eastern nation which makes its anathema to a news media hungry for stories about turmoil and failed states. Here are some fun facts to get you more acquainted with the Sultanate of Oman.

1. Oman Is One Of The Oldest Human-Inhabited Places On Earth

2. Oman Was Once Colonized By The Portuguese

When the Portuguese entered the Indian Ocean trade they coveted the port of Muscat and took over the Omanis for almost 150 years until local tribesman drove them out in 1650.

3. Oman Is Currently The Oldest Independent State In The Arab World

The current ruling dynasty, the Al-Saids took power in 1749, even though there was a brief period in 1913 in which Oman split into two countries with the religious Imams ruling the interior with the Sultans ruling the coast and the current capital city of Muscat.

4. Oman Has Been A Long Friend Of The United States Of America

Oman has enjoyed a strong relationship with the United States for over 200 years, and Oman was the first Arab nations to recognize the United States as an independent nation. Former Presidents George H.W. Bush and Bill Clinton both visited Oman while in office.

5. Oman Opposed The Saudi Intervention In The Yemeni Civil War

Oman was the only member of the Gulf Cooperation Council to oppose the Saudi intervention in the Yemeni Civil War. They have also worked to help displaced Yemenis by sending in supplies, taking in refugees, and even offering Yemenis use of Omani hospitals.

Oman’s current leader, Sultan Qaboos took power after deposing his father because he wanted to end the nation’s isolation and modernize the country’s infrastructure and domestic policy. He has caused some worry in the region, because the 74 year old Sultan has not named an heir.

7. Terrorism Does Not Exist In Oman

Terrorist attacks are nonexistent in Oman. The Global Terrorism Index (GTI) reports that Oman and Qatar are the only two countries in the region where terrorism has had no impact.

8. Crime In Oman Is “Extremely Rare”

9. Omanis Are Also Eligible To Vote

As of 2002, all Omani citizens are eligible to vote for the Consultative Assembly of Oman which is the lower house of the Omani legislature.

10. Oman Is Also An Oil Producer

Oman is a substantial oil producer. Since mid-2000, they have consistently produced over 900,000 barrels per day.

11. “Mountain Dew” Is The Top Selling Beverage In Oman

Pepsi products are much more common than Coca-Cola Products in Oman. This is due in large part to the popularity of Mountain Dew which is one of the top-selling beverages in the country. It is sometimes referred to as “Omani-Alcohol.”

12. Oman Has Hundreds Of Luxurious Hotels

Before 1970, there were no hotels in Oman. Since the late 1980s, when the government opened the country to tourists, hundreds of luxurious hotels have been built.

13. Tourism Will Soon Be One Of Oman’s Largest Industries

Tourism is a growing industry in Oman. In the most recent available numbers in 2013, it was reported that 2.1 million tourist visited Oman. Most of those tourists (202,000) were from Europe.

14. Winter Is The Best Time To Visit Oman

The best time to visit Oman is in the winter months. The summers are blisteringly hot, but the winters feature an almost Mediterranean climate.

15. Omani Were The Masters Of Shipbuilding

The Omanis were once considered among the greatest ship builders in the world. They used Coir – rope made from coconut fibers – to lash shipboards together.

16. Romans Historians Referred To The Country As “Omana”

Yalainous (23-79 AD), one of the earliest Roman historians, references Oman in his work. He called it Omana.

17. Oman Has A Small Population

Oman has a population of 3.2 million, but only 2.1 million are Omani. The rest are guest workers from primarily India, Pakistan, and Sri Lanka

There is no income tax in Oman. Omani citizens are only required to make deductions for social security contributions.

19. Tipping Is Not Required Among Omanis

Tipping is not a common practice in Oman. Some more expensive restarants may add a small service charge to your bill, but tipping is usually not required. Taxi cab drivers do not expect tips unless they help you with your bags, and then you should give them 1 or 2 Rial.

20. The Frankincense Tree Grows In Abundance In Oman

Frankincense tree grow in the wild in Oman. They are prized for their aromatic resin often used in perfumes and religious rituals. The city of Ubar once controlled much of the Frankincense trade but was destroyed because it was thought to have strayed too far from religious principles.

Oman is famous for breeding Arab horses. The horses are quite expensive and sold throughout the world. It is said that Zaad AL-Rakeb was the first horse in Arabia and the Omani Arab horses are said to be part of his bloodline.

22. In Order To Buy Alcohol, Omanis Need To Get A Permit

You must have a permit to purchase alcohol in Oman. Oman does not prohibit alcohol, but you must buy a permit that allows you to spend up to 10% of your income on alcohol.

Date Palms are one of the most important crops in Oman. This sweet fruit is often served with small servings of coffee at local cafes.

24. The Muscat Clock Tower Is The Oldest Omani Monument

The Muscat Clock Tower is the oldest monument in Modern Oman. It is a popular landmark and tourist visit the site regularly.

25. Oman Is The Largest Car Exporter In The Region

Oman’s top export is energy related gas and mineral, but it is also one of the largest exporters of cars in the region. They reported $3.83 billion in export revenue from automobiles in 2013.

The Grand Hyatt Muscat is the largest and one of the most luxurious hotels in Oman. It is situated on a beautiful stretch of beach in the Sultanate’s capital.

27. Oman Has Only One Public University

There is only one public university in Oman. Sultan Qaboos University has over 15,000 students, and the student body is almost evenly divided between men and women.