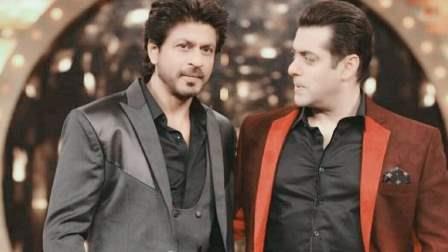 During a media interaction on Tuesday, while asked if he wants to send a birthday wish to his friend and colleague Salman who is turning 51 on Wednesday, Shah Rukh replied singing: "Tumjio hazaaron saal

I... wish him all the best. I won't be able to meet him tomorrow because my children are here and I want to spend time with them. But we will celebrate when he comes back. We can celebrate Salman Khan's birthday month long!

Asked about his favourite films of this year, Shah Rukh said: "Well, I watched some of the films and I really enjoyed them. I watched 'Shubh Mangal Saavdhan', 'Newton', 'Tiger Zinda Hai', 'Bareilly Ki Barfi' and I liked them.

The actor was present here during the announcement of the 63rd Filmfare Awards along with the editor of the Filmfare, Jitesh Pillai.

The 63rd Filmfare Awards will be held on January 20.