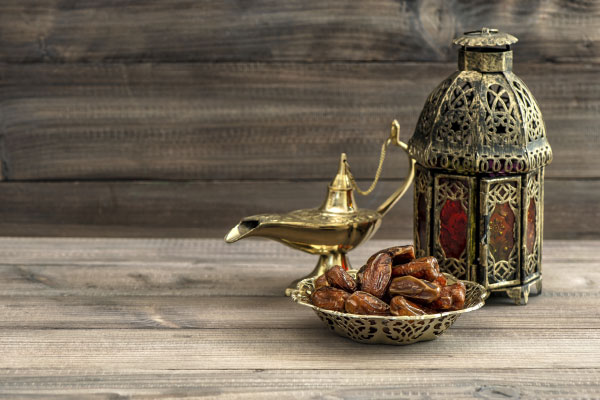 1-Muslims all over the world regardless of nationality, ethnicity, race or colour participate in fasting for the entire month of Ramadan:

They are not permitted to eat or drink as soon as the sun rises until dusk throughout the month. They are also supposed to stay away from impurities and other pleasures.

2-The new moon determines the start of Ramadan:

The start of Ramadan can vary in different places, as people still rely on someone seeing the new moon with the naked eye. The starting date also differs annually, as Islam functions that depend on a lunar calendar don’t match up with the solar calendar of the secular world.

3-Ramadan fast is one of the five pillars of Islam:

The fast is one of the major religious belief and practices in Islam. It is one of Islam’s five pillars which is made up Salat (prayer), Shahada (an affirmation that there is no deity besides God and his prophet Muhammed), Zakat (charity) and Hajj (taking at least a once in a lifetime pilgrimage to Mecca).

4-The first verses of the holy book was revealed during Ramadan:

It is the widely believed that the first verses of the holy book of Islam, which is the Qur’an was revealed by Allah during the month of Ramadan.

Throughout Ramadan, people fasting are expected to abstain from food, drinks and other pleasures from dawn to dusk. Participants are supposed to focus their mind on prayer, purity, spirituality and charity. Fasting is reminds you of the importance of self-control and the suffering of the poor. Ramadan fasting rules helps to cleanse your body and mind.

6-Exclusion from the fast:

Some of the people exempted from fasting during Ramadan are pregnant women, women who are breastfeeding and people who are physically and mentally ill. Individuals who are travelling, engaged in hard labour and women on their period can also skip some days and make up for the days missed later.

7-Children are not obligated to fast:

It is not compulsory for children to fast until they reach puberty but some choose to observe it in preparation for their adulthood.

8-People fasting only eat before the sun rises and after the sunsets:

Individuals are encouraged to discontinue their Ramadan fast if it threatens their overall health.

This is a large festival celebrated to mark the end of Ramadan, it begins the moment the new moon is sighted. Muslims celebrate with family and friends, prepare large meals and donate to charity so that poor people can also celebrate.